How BC can win ACC Atlantic

Staff member
Even with a tough loss to Clemson, Boston College could still win the ACC Atlantic. Here are four areas they need to improve on if they want to win the division. 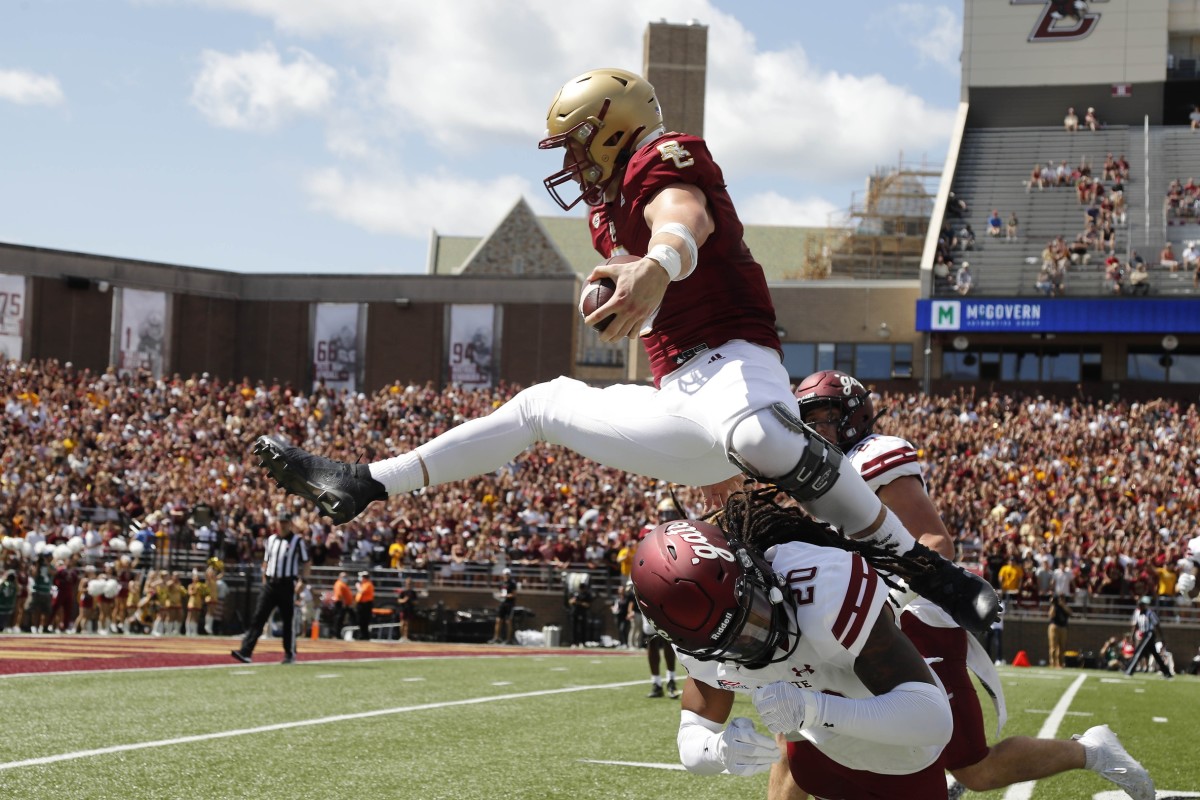 How Boston College Can Still Win The ACC Atlantic

Even after a tough loss, Boston College is still in the hunt for a title.

In the four games Grossel has led the team this year ( UMass, Temple, Mizzou and Clemson) they have averaged 32 points a game with a 3-1 record. Last year Jurkovec started 10 games and averaged 27 points a game. with a 6-4 record. Against Clemson last year Jurkovec threw for 200 yards and was shut out in the 2nd half, They were outscored 21 to nothing. This year BC outscored Clemson in the 2nd half. Clemson's D has allowed Georgia and an fcs school to pass for 130 yards in both games. Against G-Tech and NC St. they gave up about 200. Grossel put up 300. By far the best output allowed by the Clemson D.

Like Hafley said, its not about the yards but the points,. Get the ball in the end zone! If Grosel didn't fumble the snap, what are the odds that he would have got them the 11 yards?

Atlantic division is ours, if we win all our remaining games and Clemson loses one more. If we lose to NC State, then we're playing for a bowl game that is not the Fenway or Pinstripe bowl.
You must log in or register to reply here.
Share:
Facebook Twitter Reddit Pinterest Tumblr WhatsApp Email Share Link
Visit the Sports Illustrated Boston College site
Top