Anything Positive about the Future?

I have been reading a lot of articles about this whole mess that is college football. Does anyone see any realistic way that BC remains relevant here? A lot of these articles regarding the ACC specifically don't even mention BC, like they don't exist. One article had them listed with Wake Forest as the two least attractive programs for another league to take on. I assume it is likely that some of Hafley's commits will de commit?

I know you guys have been talking about your frustration with the current admin at BC on how they "treat" athletics. Looks like their chickens might be coming home to roost?
G

Remember the old adage, “It ain’t over ‘till the fat lady sings.”

In investment banking nomenclature, they call this a merger of equals. Be sure to read the last two paragraphs of this article: 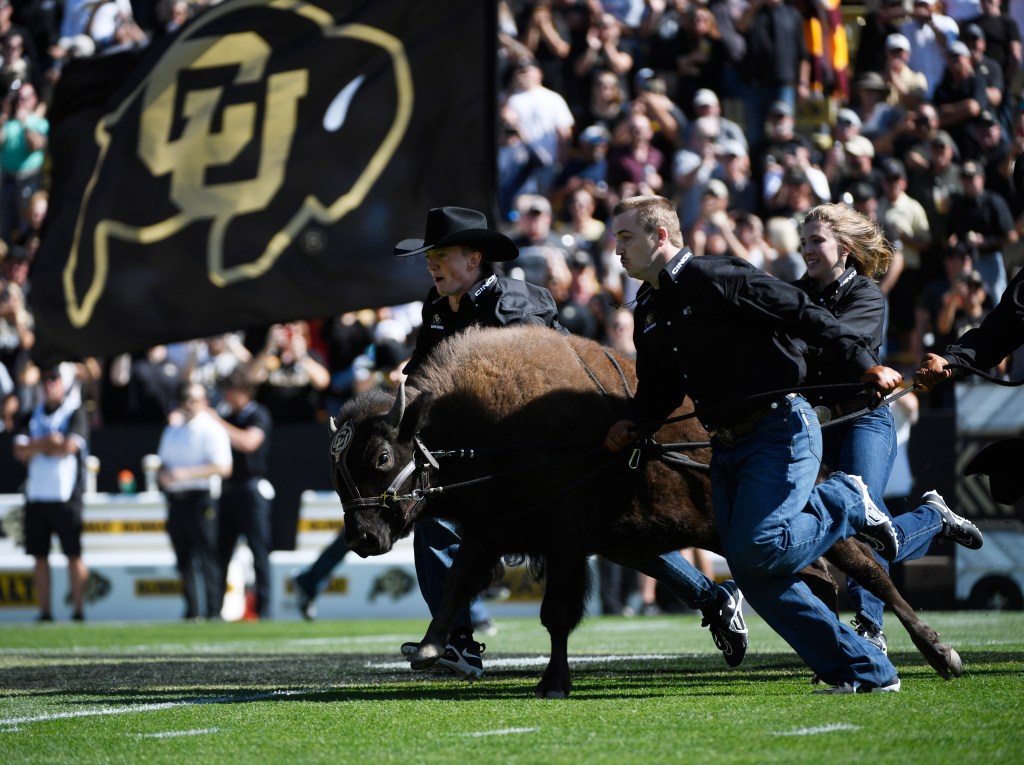 Pac-12 survival guide: Merger options include the obvious (Big 12) and the not-so-obvious

Gasson 305 said:
Remember the old adage, “It ain’t over ‘till the fat lady sings.”

In investment banking nomenclature, they call this a merger of equals. Be sure to read the last two paragraphs of this article:

Pac-12 survival guide: Merger options include the obvious (Big 12) and the not-so-obvious

Ugh, its a subscription article!
G

Pac-12 survival guide: Merger options include the obvious (Big 12) and the not-so-obvious​ 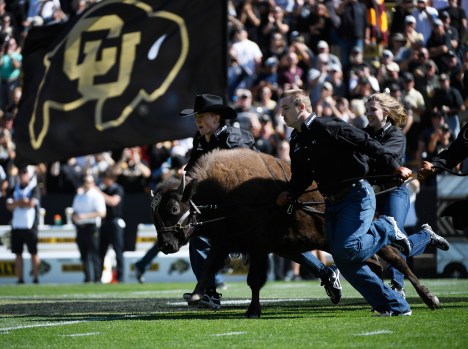 Andy Cross, The Denver Post
Ralphie VI and its handlers run onto the field before a CU football game against the USC Trojans at Folsom Field in Boulder Oct. 02, 2021.

As the Pac-12 fights for survival in the wake of USC and UCLA announcing their joint departure for the Big Ten in 2024, merger, acquisition and going-out-of-business talk is all the rage.
Washington and Oregon are also headed to the Big Ten …

No, Stanford is really the next target …

Arizona State, Arizona, Utah and Colorado are preparing to jump to the Big 12 …

Meanwhile, the grandmaster stays quiet, examining the chessboard and plotting its next move.

The future of college football in the western half of the country depends largely, and perhaps entirely, on ESPN — one of the sport’s two overlords. The other, of course, is Fox.

How did we get here? “It’s part media companies and part lack of leadership in college sports,” a media industry source told the Hotline (via text).

“Nobody looking out for best interests of (the) sport — too much self interest and conflicts.”
ESPN made the first grand move last summer, quietly orchestrating the SEC’s acquisition of Texas and Oklahoma.

Fox countered last month, whispering in the Big Ten’s ear that USC and UCLA would make fine additions to the conference. Now, each network controls a 16-team, blue-blooded super-league.

“The score at halftime is ESPN 7, Fox 7,” the source said. “Should be an interesting second half.”

From here, it appears that Fox has secured the properties it wants: The 14 teams currently in the Big Ten, plus the arrivals from Los Angeles.
We don’t doubt the Four Corners schools (Arizona, Arizona State, Colorado and Utah) are exploring a move to the Big 12 — a step that would leave the Pac-12 with six members and spur its extinction.
But that move doesn’t make complete sense for ESPN’s chessboard.

Washington and Oregon possess the premier football properties among the 22 schools remaining in the Big 12 and Pac-12. Would ESPN tacitly approve any restructuring of the sport west of the Mississippi that marginalizes the brands carrying the greatest value?

The network assuredly would want Washington and Oregon as the pillars of a strong conference, regardless of size or geographic center.
Maybe the Big 12 gobbles up the Four Corners schools first, then moves on the Pacific Northwest powers in a devastating one-two that buries the Pac-12 …

Welcome to the second installment in a Hotline series examining the future of the Pac-12. We addressed the broader themes, including the desperate need for presidential leadership, in the introduction. Now, it’s time to sketch specific scenarios.

Our intent isn’t to favor one outcome over the other but, rather, to provide readers with the broadest possible sweep of options so that, whenever the next move comes, the shockwaves will be limited.

In this and forthcoming installments, we will assume Washington and Oregon aren’t on the brink of joining the Big Ten.

Having grabbed USC and UCLA, the superpower now seems focused on luring Notre Dame. Yes, the Irish would need a partner, but we’ll deal with the role Washington and Oregon might play in that step if/when it becomes necessary.

For now, let’s explore options for the Pac-12’s remaining schools, starting with mergers and moving to acquisitions later in the series.
And to be sure, an outright merger with the Big 12 makes sense competitively and geographically, albeit less so academically and politically (especially after the Supreme Court’s ruling on Roe vs. Wade).

Why would the Big 12 consider the move?
Well, there’s a favor to return. Last summer, after the Texas/Oklahoma thunderbolt, the Pac-12 opted against raiding the Big 12 and, as a result, secured the league’s survival.

There’s also strength in numbers — let’s not forget, the Big 12 is a far lesser league without the Longhorns and Sooners. Yes, the four additions (UCF, Houston, BYU and Cincinnati) provide stability, but the conference is devoid of major football brands.

A partnership would not only tether the Big 12 to Washington and Oregon but create a joint operation superior to that of the ACC.Why might ESPN be interested?

Because the resulting 22-team super-conference would span all four time zones, come at an enormous discount and provide all the needed inventory to fill remaining gaps in the ABC, ESPN, ESPN2 and ESPN+ broadcast lineups.

Despite its massive investment in the SEC and lesser (but significant) investment in the ACC, the network still needs college football content for its uncovered markets, particularly those in the Mountain and Pacific time zones.

Also, don’t discount the prospect of the Pac-12 using Oregon and Washington — in conjunction with clandestine approval by ESPN — to attempt a raid of the best six programs in the Big 12.
In this moment of weakness, that would be the ultimate power move.

(To be clear: We wouldn’t bet more than a nickel on the Pac-12 raiding the Big 12. But considering the current climate, we’d bet a nickel on every scenario.)

Those aren’t the only options for the Pac-12, however. In fact, they might not be the preferred options. The conference could explore an alliance — this one legally binding — with the ACC to create a bicoastal super-league that would serve as a counterweight to the SEC and Big Ten.

“I can tell you the presidents of each league would love to be academically aligned with the other,’’ a source noted.

The merger would combine the best football brands not accounted for (Washington, Oregon, Clemson, Miami and Florida State) and relegate the Big 12 to permanent third-class status.
When asked about the travel demands, the source pointed to USC and UCLA joining the Big Ten and said, “That doesn’t seem to matter anymore.”
Why would the ACC agree?
It might not. After all, the ACC currently possesses more stability than either the Big 12 or Pac-12 because its members have bound their media rights to the conference until 2036.
But because of that lengthy grant-of-rights deal, the ACC cannot increase its media rights package without restructuring.
A merger with the Pac-12 would open the door to additional revenue.
Would it be enough?
That’s a question — one of many — for ESPN.
You must log in or register to reply here.
Share:
Facebook Twitter Reddit Pinterest Tumblr WhatsApp Email Share Link
Visit the Sports Illustrated Boston College site
Top