Staff member
The ACC has some big games this weekend, and we give our predictions for all of them. 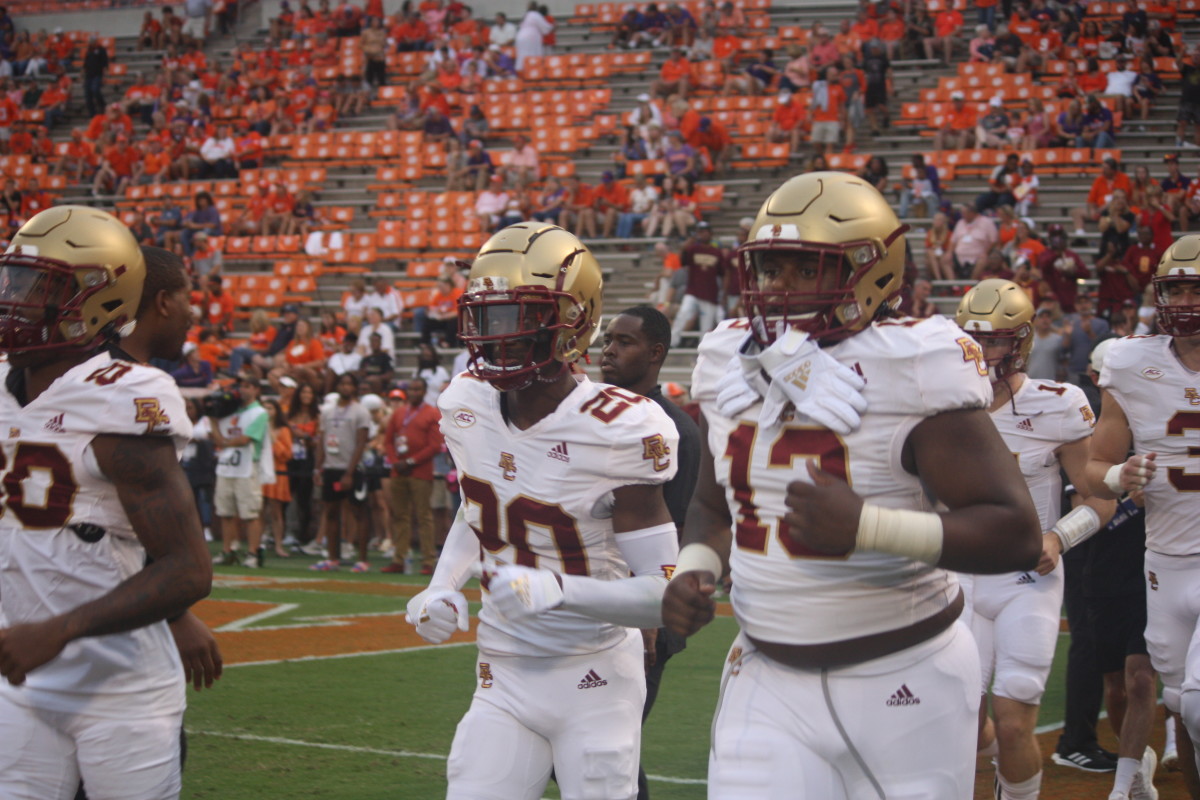 Gutsy pick with Cuse. Idk if their o-line can push Clemson around in order to hang on to the ball and run clock the way they’ve structured the offense this year. Feels like the spread will rely on the TO differential
G

After the Clemson game, my thoughts going forward were and still are: each new game is a test of resilience and head coaching skills for Hafley, It is true.

Last game was a missed opportunity. It was a missed chance to actually break through in the ACC. The loss hurt badly. Those missed opportunities can become reflections on the head coach to see how he handles it, what he learns from it and how well he readies his team to bounce back and win.

I think Grosel will have a solid game. BC’s Defense will play well, O-line will play as well as expected, but in total it won’t be enough to overpower NC State. The game will be won or lost in the fourth quarter, again.

I've been on the SU train since they went to Shrader at QB. But off a very physical game for Shrader and Tucker last week and a short week this week, I'm wondering. Clemson just the opposite. Bye week last week and school Fall Break this week. Lots of time to get Clemson right.

I'll watch this one.
G

I want to clarify my earlier post. All I wish for BC during the regular season is to once and for all get the proverbial monkey off their backs by beating Dabo, I bet it would mean a lot to Hafley because he does have some prior history involving super intense matchups between Ohio State and Clemson.

Call me impatient, call me a homer, but I don’t give a damn. I want BC to breakout and go on a great winning streak. We have talent, we have good coaching, we are a program going in the right direction. What I want is for BC to go even faster and get to 8 wins or better this season.
You must log in or register to reply here.
Share:
Facebook Twitter Reddit Pinterest Tumblr WhatsApp Email Share Link
Visit the Sports Illustrated Boston College site
Top