I think it was maybe Sir Penny who was akways posting how our OL was getting beaten and out played by smaller players?

Just had talked about the draft with my friend who is a former scout. He told me that the BC kids had issues with technique and that was costing them. He even said Zion had issues, but enough talent to recover in college. That is why he had him in the mid thirties range. "I don't draft anyone in the first round with technique issues -- those guys are supposed to be ready to start as soon as they learn the offense or defense. If a kid has technique issues they have to be worked with to eliminate those issues or the coordinators on the opposition will take advantage of that weakness with their games plan."

If this is the prevalent view of BC coaching, it will be much harder to sell "O-line U."

CDB said:
Pundits say only one more. Hope they are wrong
Click to expand...

This is the consequences of hiring a MACCOMFORTZONE mediocre loser in Daz.

The Steroid Turtle Daz offense for 7 years, (just like Spaz who should had been fired after 3 years and then given a mind boggling extension), those last 4 years of Daz cemented this program into Dante’s Last Rectum of Hell.

The revolving door of mediocre staff Coaches also hurt along with handcuffing and stifling Offensive Coordinators.

Fickell, yet another great coach the lazy cheap Jerkuits passed on.

I watched that Bearcat team maul and humiliate BC in the monsoon in shithole Birmingham and BC quit 5 minutes in after Daz was fired and the staff lied to players about the game plan and went Steroid Turtle loser and was blown out.
Last edited: Apr 30, 2022

I wonder if it was for the same reason why many thought Brian Flores was entitled to an NFL HC job even though he had a losing record at Miami.

About Cincinnati, I would also like to add that Luke Fickell achieved this without recruiting 4 or 5 Star kids but by pure player development, something Don Brown was great at while at BC..

AGPennyPacker said:
And yet the AD that gave both of those horrible coaches unexplainable extensions ended up getting a Job at UCLA…

I wonder if it was for the same reason why many thought Brian Flores was entitled to an NFL HC job even though he had a losing record at Miami.

About Cincinnati, I would also like to add that Luke Fickell achieved this without recruiting 4 or 5 Star kids but by pure player development, something Don Brown was great at while at BC..
Click to expand...

I guess we didn’t even get Mr. Irrelevant?

I was very surprised, but not shocked, and we had some name recognition?

I guess film, technique and performance by the other 3 OL was not up to their peers?

Going 1-4 on OL draft says they needed another year or were just long shot prospects?

I have no idea why Vrabel went into the draft -- but he did just sign a contract with Atlanta after not being drafted. I was a told the BC kids had too many things to work on to be drafted -- and that's generally on the coaches -- glad we have a new O-Line Coach.

CDB said:
I have no idea why Vrabel went into the draft -- but he did just sign a contract with Atlanta after not being drafted. I was a told the BC kids had too many things to work on to be drafted -- and that's generally on the coaches -- glad we have a new O-Line Coach.
Click to expand... 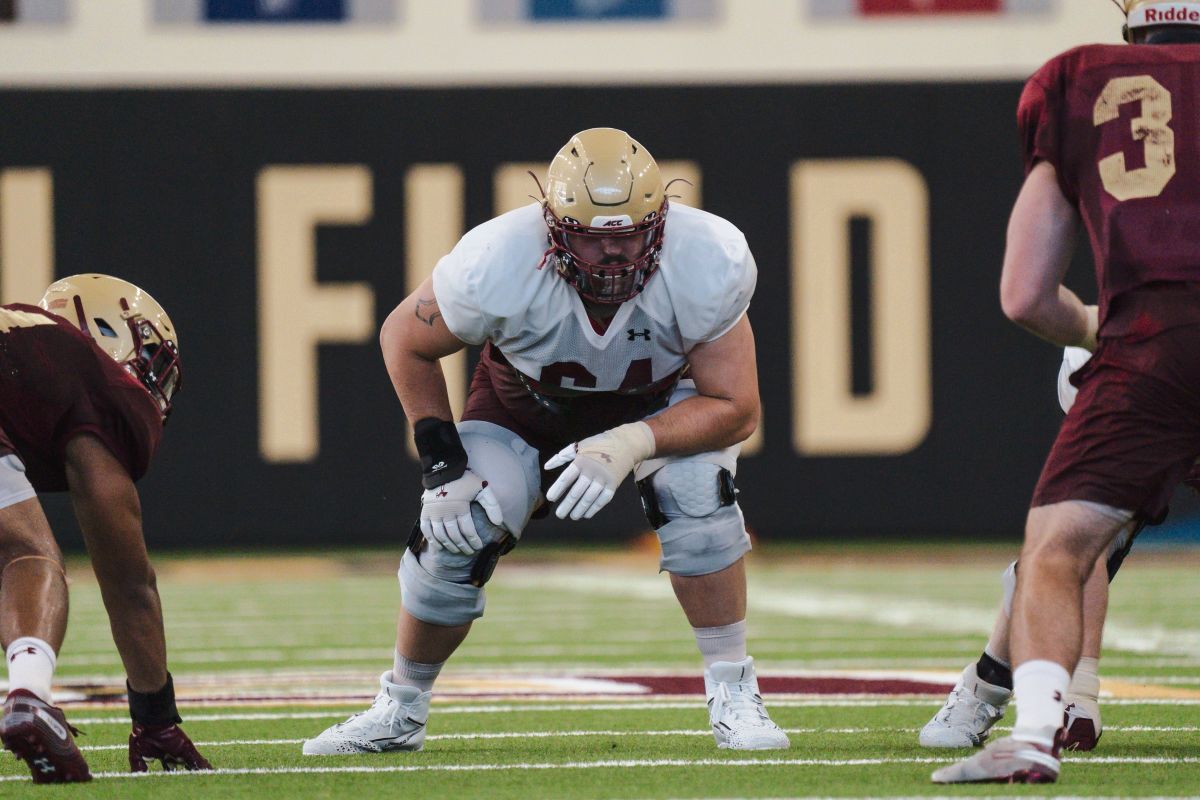 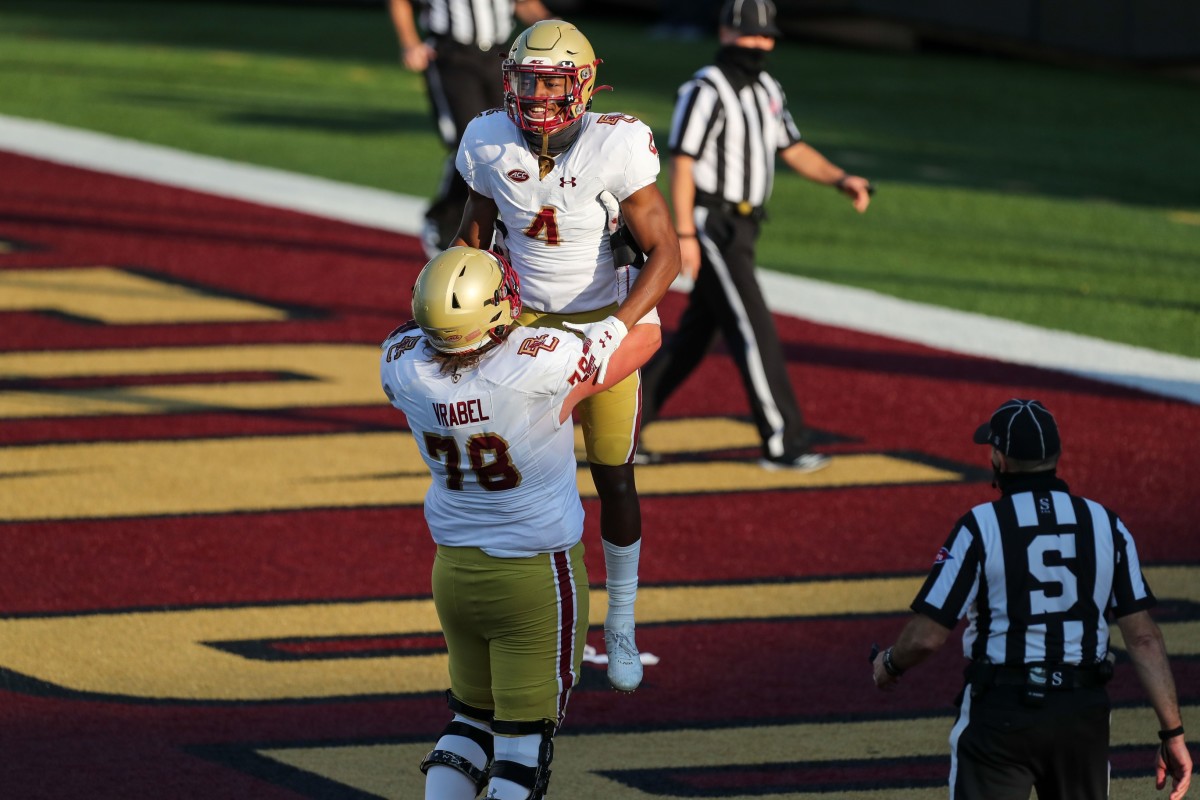 Another Boston College player has found a home in the NFL

BC's O-Line and OC under Hafley were simply bad and I am so glad those coaches are gone.

You need Coaches that can teach but instead our OL Coach inherited a lot and did very little.
Last edited: May 1, 2022
G

Lindstrom was undersized, Vrabel was constantly hurt for two straight seasons and Petrula was what he was. I don’t know how any of that is on the coaches.

Great coaches can help with size technique and proper conditioning

Technique is always on the coaches -- size is not -- but what my friend the scout told me is that some of these guys had technique issues. And Vrabel should have come back shown what he could do -- especiall with his pedigree.

Like all said, try and get something for Mayfield before you trade the farm and the future farm for Watson. Looks like $18M was the issue to eat for a most likely backup.

Sadly, only hope is if a QB gets injured that a team trades for him.

First pick in Round 1, and now, no takers for that $18M anchor even late round picks!

At least Browns have starter in case Watson gets a few more games suspension?

Steelers at 241 drafted a QB from South Dakota Chris Oladakun and he threw perfect darts in his highlight film? Kid looked solid but who knows?

I mean you never know, but at least Steelers have 4 guys competing?

I should bronze my tweet imploring the Browns to draft Saquon #1 and Josh Allen #4 next to my never draft small and oft injured Tua over Herbert tweet.

My sources tell me that Baker will not suit up for the Browns. They can trade him if someone is desperate, but he doesn't see any advantage to suiting up as a backup and sitting on the bench. The only thing I can fathom is that the Browns know the their new QB will not be penalized any more than he already has been, but given the normal practices of the NFL for anything to do with women, that doesn't seem to be typical. There were so many great linemen on both sides of the ball -- they could have waited to see if Mayfield would be a better QB when he is not hurt and then gone all in for a QB next year after they made a trade and got so great draft choices or return players for him.
You must log in or register to reply here.
Share:
Facebook Twitter Reddit Pinterest Tumblr WhatsApp Email Share Link
Visit the Sports Illustrated Boston College site
Top